Meet
‘Sera Bellos Vocal Quintet’ with a brand new set list just for…. dancing!!
The multitalented drummer Serapheim Bellos with many years on the jazz scene, has engaged with many different kinds of music at top level. His band of talented musicians constitutes a significant presence in the local scene. As their frontwoman, they have chosen Greek-Jamaican Xenia Dania, still at the beginning of her career, who manages to enchant with her vocals and makes a strong impression with her stage presence.
Through their love of jazz, they take on favourite classics and add a modern touch. Their repertory is often surprising with selections from bossa, reggae, latin, jazz and soul. The Sera Bellos Quintent has taken part in numerous festivals and appeared on music stages in Athens and around the country. 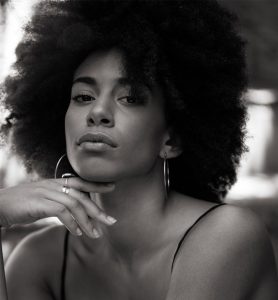 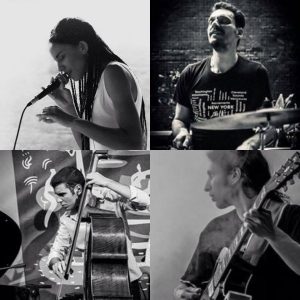 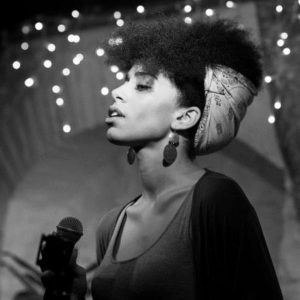 Meet ‘The Jumpin’ Bones’!!!
You met them on ΚΠΙΣΝ – SNFCC Stavros Niarchos and they will keep us company with great acoustic tunes on our beach trip/party on Sunday!
Take a look at what they like to do 😉

‘The Jumpin’ Bones’
The Jumpin’ Bones are a Rhythm ‘n Blues band formed in Athens, Greece during the Spring of 2014. Due to their powerful performances at home and the positive reviews for their first album on an international level, they are already considered one of the most important greek blues bands.
Their debut album “Marrow” was released both digitally and on CD on No- vember 2015 and included six original compositions and a cover. It received good reviews both at home and internationally from blues magazines and sites like Blues Blast Magazine (USA), Blues Matters (UK) and Bluesnews (DE).
The Jumpin’ Bones have performed live at the most famous athenian clubs like Six Dogs or Half Note Jazz Club and also in various festivals (Ziria Mu- sic Festival, Ramones tribute Festival in Kyttaro Live Club, Blues to the Bone Festival: A Live tribute to B.B. King.)
The band was initially founded by three childhood friends, Orestis Tsikouris (vocals, harmonica), Dimitris Dakopoulos (guitar), Konstantinos Aloupis (bass) and a few months later with the addition of Spiros Gavalas (Drums) they discovered their own sound that characterises their first album. In the present lineup you will find guitarist Nikos Tzavaras and bassist Dimitris Gialas.
Their unique sound brings to mind early Rhythm ‘n Blues bands but with a twist of modern West Coast blues. Although their music sounds unconven- tional and modern, it retains the jumpy groove that listeners feel like dancing to.
Today The Jumpin’ Bones are:
Orestis Tsikouris
Nikos Tzavaras
Dimitris Gialas
Spiros Gavalas