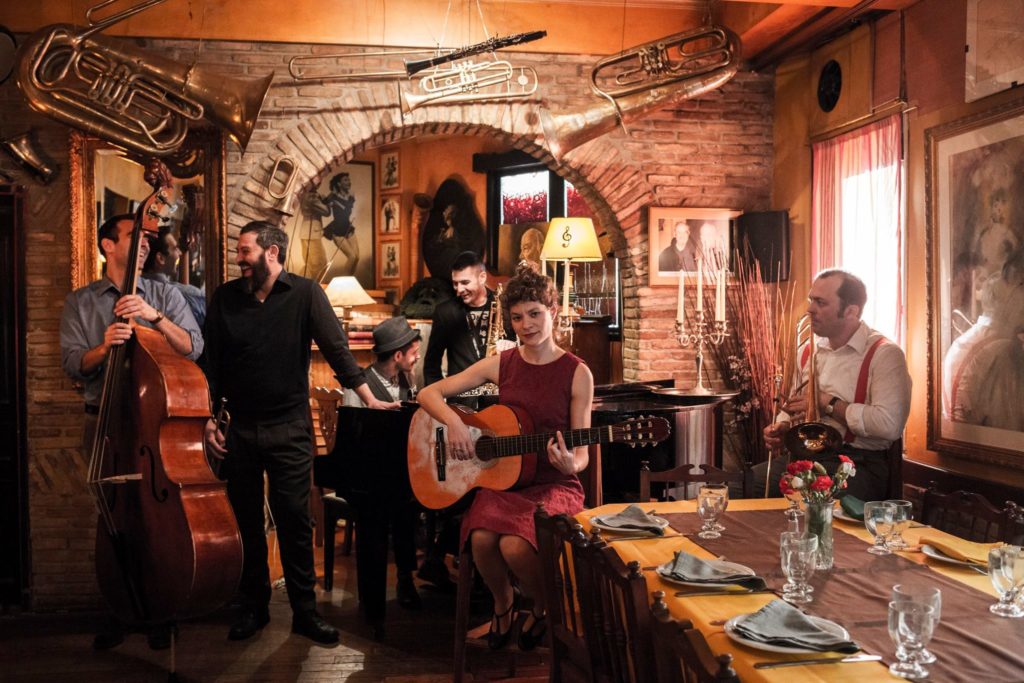 The Jeepers Creepers band is a group of musicians from Athens(Greece) that specializes in playing popular or more rare tunes of the 1920’s, 1930’s, 1940’s. The band was named after the famous Harry Warren’s tune that became widely known by Louis Armstrong. Their dedication to the swing-jazz language/rythm leaves the audience with no choice but to dance and party all night long! They have given a number of concerts in Athens and other cities of Greece, in New York and in Holland and they have participated in many festivals like the Swing n’ Sail festival,Kardamili International jazz festival, the Petit Paris d’ Athenes etc.